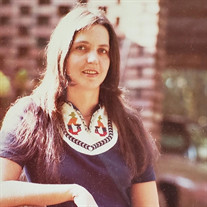 Cheryl Jeanne Alexander Hutchens, age 75, of Clarkesville, Georgia passed away on Thursday, January 13, 2022. Mrs. Hutches was born in Scotts Bluff, Nebraska to the late Alving and Imogene Alexander. Cheryl was a very caring Mother, Grandmother and Great Grandmother. There was nothing better for her than getting to see and spend time with her Great Grandchildren. Cheryl was the strongest person that you could have ever met. She loved being outside in her garden taking care of her flowers and learning about different medications and how they affect the body. Cheryl was the rock of her family, and she will be dearly missed. In addition to her parents, she was preceded in death by her brothers, Craig Alexander, Doyle Alexander and sister, Alma Alexander. Survivors include husband, Charles Hutchens, daughter and son-in-law, Sheila and Doug Holbrooks, daughter, Donna Nations, daughter and son-in-law, Jennifer and Jose Vega, son and daughter-in-law, William and Tracey Nation, sister and brothers-in-law Becky and Calvin Waters, Mary and Dwayne Rich, Imogene and Mike Thomas, brother and sister-in-law, Virgle and Ferlyn Alexander, 8 grandchildren and 11 great-grandchildren. Funeral Services will be held at 2:00 p.m., Saturday, January 15, 2022 at the Whitfield Funeral Home, North Chapel. Rev. William Nation will officiate. Interment will follow in Yonah Memorial Gardens. Arrangements have been entrusted to the Whitfield Funeral Homes & Crematory, North Chapel at 245 Central Avenue, Demorest, Georgia 30535. Telephone: 706-778-1700.

The family of Cheryl Jeanne Alexander Hutchens created this Life Tributes page to make it easy to share your memories.

Send flowers to the Hutchens family.