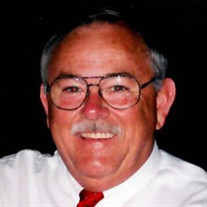 Ralph Martin Suggs, Jr. "Ray", age 76, of Lula, Georgia passed away on Saturday, December 12, 2020. Ray was born in Dooly County, Georgia on December 25, 1943 to the late Ralph Martin Suggs, Sr. and Harriett Crosby Suggs. In addition to his parents, he was preceded in death by his sister and brother-in-law, Linda and Owen Franklin. Ray graduated from Groves High School in Savannah and later from Truett McConnell College. He was a United States Army Veteran, having served a tour of duty in Vietnam. Ray retired from the Department of Corrections with 34 years of service; during that time he served as Warden of Hall County Correctional Institue and the Superintendent of Gainesville Diversion Center. He was a member of Harmony Baptist Church in Baldwin. Survivors include his loving wife of 51 years, Jodi Greenway Suggs, of Lula; two sons and their wives, Jeff and Lynn Suggs, of Lula; Ryan and Sonya Suggs, of Lula; four grandchildren, Lynsey, Katelyn, Martin, and Taylor Suggs; all of Lula; nephew, Charles Franklin, of Reidsville. Funeral Services will be held at 1:00 p.m., Tuesday, December 15, 2020 at the Whitfield Funeral Home, South Chapel with Rev. Robert Nix and Rev. Michael Millwood officiating. Interment will follow in the Harmony Baptist Church Cemetery with Rev. Tony Byrd officating. The family will receive friends from 6:00 p.m. to 8:00 p.m., Monday, December 14, 2020 at the funeral home. Arrangements have been entrusted to the Whitfield Funeral Home, South Chapel at 1370 Industrial Boulevard, Baldwin, Georgia. Telephone: 706-778-7123

The family of Ralph "Ray" Martin Suggs Jr. created this Life Tributes page to make it easy to share your memories.

Send flowers to the Suggs family.