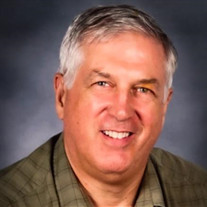 Thomas Don Mawdesley of Clarksville, GA, passed away on his 76th birthday – Saturday, December 4, 2021. Tom was born on December 4, 1945, in Saginaw, Michigan to Don and Hartie Mawdesley as the first of 5 children. He graduated from Mayville High School in 1963 and completed his Doctorate of Chiropractic at Palmer Chiropractic College in 1973. As a community doctor he served his patients with care for many years and then transitioned into the classroom to become a special needs teacher. In 1967, Tom met Sherry Dearing. They wed in 1968 and went on to have four boys: Brock, Scott, Wade and Aric. Tom was a quiet, loving and respected father, grandfather, husband and brother. Growing up as the oldest of 5, he took it upon himself to look out for his younger siblings. Over the years, he held many roles of service in the church, including deacon, youth leader and bus ministry driver, providing a worthy example of dedicated service to his community. As his boys grew up, he continued to be supportive of their academic, athletic and spiritual pursuits. Tom was passionate about any and all organized sports his children and grandchildren participated in including basketball, cheer and cross country. One of his goals was to attend as many of their games as possible and keep track of every stat they accomplished. Tom’s family was the most important thing in his life. There was nothing he cared about more than being a husband, dad and grandpa. He was preceded in death by a grandchild and is survived by his 3 sisters, brother, wife of 53 years, 4 sons and his 14 grandchildren. The family requests that in lieu of flowers, donations be made to Tom and Sherry’s home church - Concord Baptist Church. A memorial service will be held and open to all on Thursday, December 9 from 10:00–11:00 am at Concord Baptist Church, 640 Main Street, Clermont, GA. Arrangements are entrusted to the Whitfield Funeral Home and Crematory, North Chapel, 245 Central Avenue Demorest, Georgia 30535. Phone number 706-778-1700.

Thomas Don Mawdesley of Clarksville, GA, passed away on his 76th birthday &#8211; Saturday, December 4, 2021. Tom was born on December 4, 1945, in Saginaw, Michigan to Don and Hartie Mawdesley as the first of 5 children. He graduated from... View Obituary & Service Information

The family of Thomas Don Mawdesley created this Life Tributes page to make it easy to share your memories.

Thomas Don Mawdesley of Clarksville, GA, passed away on his 76th...

Send flowers to the Mawdesley family.