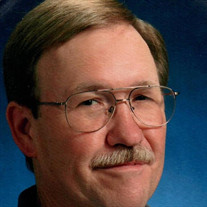 William "Bill" Fredrick Ward, age 73, of Demorest, Georgia went to his heavenly home on Friday, December 24, 2021. Mr. Ward was born on June 22, 1948 in Clarkesville, Georgia to the late Fred Fearnot Ward and Elizabeth Singleton Ward. In addition to his parents he was preceded in death by his sister, Mary Elizabeth Pope. Mr. Ward was a United States Air Force Veteran, having served during the Vietnam Era. He retired from Georgia Power with 53 years of service. During his time with Georgia Power, worked at Morgan Falls for 34 years and then at Tallulah Falls for the remaining 19 years. He was known to his granddaughters as "Papa", whom he loved to spend time with. He loved to spend time outside taking hikes and spending time with his dogs. Bill also enjoyed everything about the Christmas Season, including all the food, especially desserts, and finding after-Christmas sales. Survivors include his loving wife of 53 years, Martha Chester Ward, of Demorest; daughter and son-in-law, Regina Ward Ennis and David, of Cumming; and his greatest blessings (his granddaughters), Camryn, Maegan, and Mary Claire; and brother and sister-in-law, James and Carmen Ward, of Louisville, KY. Memorial services will be held at 3:00 p.m., Thursday, December 30, 2021 at the Whitfield Funeral Home, North Chapel with Dr. Josh Taylor officiating. A private inurnment will be held at the Georgia National Cemetery in Canton, Georgia at a later date. The family will receive friends from 1:00 p.m. to 2:45 p.m., Thursday, December 30, 2021 at the funeral home prior to the service. Flowers will be accepted or memorial donations may be made in Mr. Ward's Memory to an Animal Rescue of one's choice. Arrangements have been entrusted to the Whitfield Funeral Homes & Crematory, North Chapel at 245 Central Avenue, Demorest, Georgia 30535. Telephone: 706-778-7123.

The family of William "Bill" Fredrick Ward created this Life Tributes page to make it easy to share your memories.

Send flowers to the Ward family.