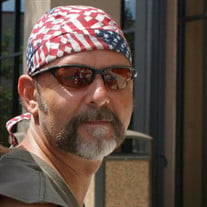 Michael Keith Martin, age 65, of Hoschton, Georgia, passed away on Monday, August 16, 2021. Mike was born to J.L. and Mary Ruth Martin in 1956, the fourth of six children in Hall County, Georgia. He grew up in Lula. As a child, Mike attended the Pentecostal church with his Granny Smith where he built his strong foundation in the bible. From a young age, Granny Smith told him that he would be a preacher one day. Mike also began working with his father at Shirley’s Feed and Seed when he was a child. Here he built his strong work ethic and go-getter attitude, accomplishing anything he put his mind to. Although he did not attend college, Mike was mathematically gifted and mechanically inclined. He could fix anything. His gifts and motivation led him to become a manufacturing engineer. He made a career of travelling the world and selling machinery, which he greatly enjoyed. He often shared stories of the people he met and experiences he had. Mike’s early biblical foundation led him to becoming more involved in the ministry as an adult. He served as an associate, assistant, and teaching pastor at various churches. One of Mike’s greatest passions was prison ministry. Mike spent over ten years connecting with prisoners and sharing his faith. Mike also enjoyed hosting an annual Hallelujah Harvest party on Halloween, with a hayride, campfire, and games. In his free time, Mike enjoyed riding motorcycles and horses. He is preceded in death by his parents, J.L. Martin and Mary Ruth Martin as well as his brother Zachary Martin. He is survived by his four sons Gabe (Lindsay) Martin, Josh (Heather) Martin, Seth Martin, and Sam Martin, as well as his grandchildren Kadin Martin and Kaylen McGaskey, and his four sisters: Judy (Gene) Harkins, Pat Horne, Donna (Daniel) Carpenter, Shelba (Glenn) Bennett, and many friends. Funeral Services will be held at 1:00 p.m., Saturday, August 21, 2021 at the Whitfield Funeral Home, South Chapel with Rev. Buddy Barron and Rev. Michael Leavell officiating. The family will receive friends from 5:00 p.m. to 8:00 p.m., Friday, August 20, 2021 at the funeral home. Mr. Martin's Funeral Service https://fb.watch/89Ny63TwGY/ Arrangements have been entrusted to the Whitfield Funeral Homes & Crematory, South Chapel at 1370 Industrial Boulevard, Baldwin, Georgia 30511. Telephone: 706-778-7123.

Michael Keith Martin, age 65, of Hoschton, Georgia, passed away on Monday, August 16, 2021. Mike was born to J.L. and Mary Ruth Martin in 1956, the fourth of six children in Hall County, Georgia. He grew up in Lula. As a child, Mike attended... View Obituary & Service Information

The family of Michael Keith Martin created this Life Tributes page to make it easy to share your memories.

Send flowers to the Martin family.