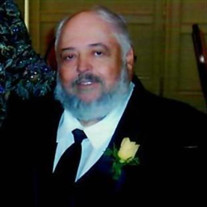 Milton Eugene Dalton, age 78, of Homer, Georgia was reunited with his parents and sister on Sunday, January 30, 2022. Mr. Dalton was born on September 12, 1943 in Banks County, Georgia to the late L.T. and Louise Roberts Dalton. In addition to his parents, he was preceded in death by his first wife, Kathryn Martin Dalton; and sister, Glenda Dalton Boling. Milton was a home builder in the Atlanta area for more than 30 years. After retirement, he came home to run his family farm. His true passion was to be out on the farm working with his animals, and his greatest pleasure in life was to see the dirt roll behind his tractor. Milton was a family man; he loved to spend time with his wife, children, and took special pleasure in spoiling his grandchildren. Although Milton was a man of few words he never met a stranger. He was a 1961 Graduate of Banks County High School, and continued to enjoy gathering with his classmates throughout his life. Milton was always ready to crack a joke or pull a prank. He was a member of Damascus Baptist Church as a child and young adult, he then was a charter member of Charity Baptist Church. Survivors include his loving wife of 49 years, Mellisa Porter Dalton, of Homer; son and daughter-in-law, Ros and June Dalton, of Alpharetta; daughters and sons-in-law, Mandy and Keith August, of Leawood, KS; Millie and Clint Tanner, of Lavonia; grandchildren, Avery Dalton, Zoe Dalton, Regan Swift, Rebecca Swift, Carly Tanner, Kelly Tanner, Abby August, and Ethan August. Funeral Services will be held at 11:00 a.m., Wednesday, February 2, 2022 at the Charity Baptist Church with Pastor Scott Smith and Pastor Scott Atha officiating. Interment will follow in the Damascus Baptist Church Cemetery. The family will receive friends from 5:00 p.m. to 8:00 p.m., Tuesday, February 1, 2022 at the Whitfield Funeral Home, South Chapel. Arrangements have been entrusted to the Whitfield Funeral Homes & Crematory, South Chapel at 1370 Industrial Boulevard, Baldwin, Georgia 30511. Telephone: 706-778-7123.

Milton Eugene Dalton, age 78, of Homer, Georgia was reunited with his parents and sister on Sunday, January 30, 2022. Mr. Dalton was born on September 12, 1943 in Banks County, Georgia to the late L.T. and Louise Roberts Dalton. In addition... View Obituary & Service Information

The family of Milton Eugene Dalton created this Life Tributes page to make it easy to share your memories.

Send flowers to the Dalton family.